1s Back To Winning Ways

This week, with Captain Laverty gallivanting around the Las Vegas Strip, Mersey were lead into battle by their very capable VC, Josh Ainscough. Although, things got off to a very familiar start as the team were “instructed” of their pre-match duties from a captain who seemed keen to delegate.

The sense of déjà vu continued as Josh won the toss and decided to follow the formula that had been working so well for Mersey this year, and inserted us into bat. It was at this point that Mersey decided to go off-script, with Alishan Khan flashing hard and being caught at point, and his opening partner Jordan Barnett deciding to leave a straight one (that he tried to claim “did a bit”) it looked like Mersey would be in for a tough afternoon.

Following his pilgrimage back home to Devon, John Moon had been replaced in the middle order by a promoted Craig(o) Shirley who alongside John Barnett looked to dig Mersey out of their hole. Unfortunately, as is often the case, when it rains; it pours and OPCC’s sharp opening bowler Rob Jones had dismissed them both as they looked to rebuild. John Barnett top edging a pull, that should probably still be travelling, and Craig(o) getting rapped on the pads in front of middle stump…

Captain Ainscough strode out to the crease, showcasing his new Amalfi Coast tan in a specially chosen short sleeved shirt, and looking to put the blocks on what appeared to be a classic Mersey collapse. He was joined by the player that struck fear into OPCC, Luke Marshall, who hit an unbeaten 119* against them in the T20 semi-final last year. Luke’s reputation preceded him, and this showed in OPCC’s celebrations when he was well caught on the boundary trying to repeat last year’s heroics.

Hassan Rashid was the next man in, following a promotion at the drinks break, and it wasn’t long that he had joined his captain, that his captain was wandering off after being given out (?) LBW for a well fought 25.

With only 2 players reaching double figures so far, things were not looking good at Green Lane. However there was hope, and in this instance hope took shape in a 5”9, slightly chubby, balding wicketkeeper…

But after Hassan Rashid fell chasing a wide, wide, wide ball things looked pretty bleak, especially after Waqar was bowled round his legs with a ball that didn’t turn. Now, with Jack and Ishy at the crease it was decided that they would not bat like a No.8 and a No.10 and this is what followed. Despite repeated assurances to OPCC’s captain that I (Jack) had only 2 shots, they continued to bowl right into those slots allowing boundaries to flow freely and escalated Mersey from 83-8 to 179-9 when Ishy fell, 4 runs short of a 100 partnership.

Jack was the pick of the batsmen, if I don’t say so myself, finishing on 81* (64), 10 x 4’s, 4 x 6’s, but Ishy’s contribution cannot go unappreciated as he played an incredibly mature supporting role throughout the partnership.

Following the break, the teams took to the field in front of a strong home crowd, who were basking in the sun and enjoying the fruits of the Boundary Bar.

With Mersey seemingly on top, despite the first portion of their innings, they looked to capitalise on the momentum shift in their favour. As is always the case, the ball was tossed to Marshall and Rashid to open up.

6 overs came and went, with a few “oohs” and a few “aahs” from the heavily packed slip cordon as they willed an edge to come. With OPCC on 20, the first wicket fell with H Rashid trapping his victim plumb in front of the stumps. It wasn’t long until Hassan struck again, and again it was LBW to the delight of those in the slips.

Suddenly, after Marshall drew an edge from their No.3, OPCC were doing their best Mersey impression and were left on 25/3 off 11. It was at this point a counter-attack was expected, but with Mersey fielders lying in the deep, ready to pounce, they were left waiting.

It was only after a bowling change which introduced the recently infectious Shirley Moose into the attack, that some intent was shown. Unfortunately for OPCC, this was in the form of a reverse sweep that had cannoned off the batsman’s toe before meeting his bat and another wicket had fallen.

This began the fall for OPCC, as following Waqar Rashid’s first few overs, which included a run out and a superb C&B, he began to bowl as we all know he can and took the remaining 3 wickets to claim his first 5-for this season finishing with figures of 10-0-42-5.

A great effort from the Mersey boys who showed what strength in depth they possess, which will be essential to the promotion push they are no doubt hopeful for. 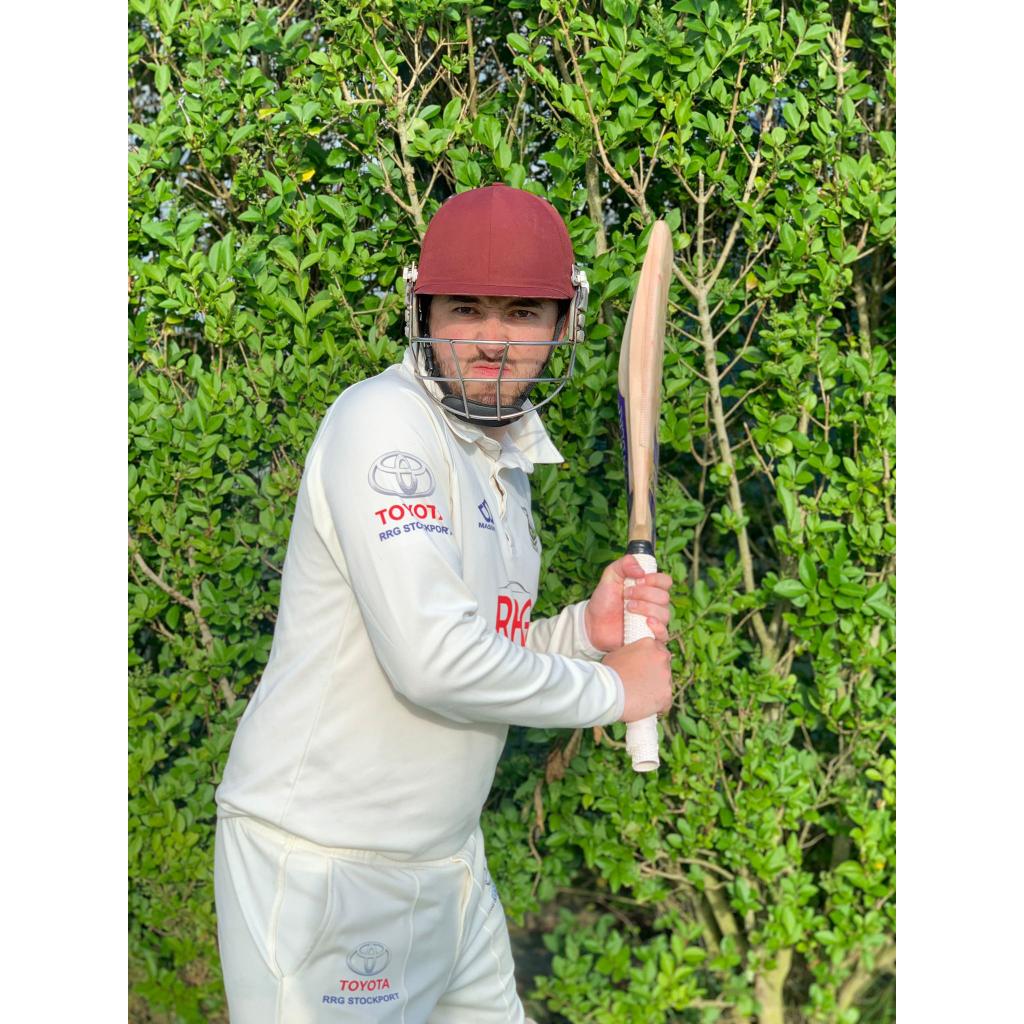