Premier league side Cheadle hosted Mersey in the first round of the 2nd XI T20 cup on a bright day where both teams looked eager to play after two weeks of rain and abandoned games. At the umpire’s discretion, the game was reduced to 18 overs a side due to possible ‘bad light’. Cheadle skipper won the toss and chose to bat on a wicket which ended up being quite interesting as the game progressed.

The new ball was given to speedster Ishy who struck on his second ball with a steepling bouncer to the opener J. Blood sending him back for a golden duck. However, this did not stop S. Povey as he found the rope twice, looking to take the attack back to Mersey. Joe Issacs followed on from Ishy as he took the wicket of M. Samules in his first over, Cheadle now 20-2 after the second over.

S. Povey showcased his talent and flare with a strike rate of 128, yet intelligent and tight bowling from first change Faisal and Hux built pressure from both ends.  Faisal struck by removing the dangerous S. Povey with a surprise bouncer ending explosive innings of 32 that had four four’s and a maximum.

The run rate then collapsed as Faisal and Hux who got a lot off bounce and grip from the wicket bowled out their overs. Coach Mountjoy struck with his first ball, cleaning B. Samuels around his legs. Clever wicket keeping from Luke Lewis orchestrated a run out of R. Venbles for 19. Coach demonstrated all his skill and experience, which kept the talented Cheadle quite, ably supported by Skipper Abbas and Joe at the other end, who bowled the perfect last over restricting Cheadle to a final score of 109-5. S. Adeem playing a handy knock of 21* for home team.

Mersey reply was led by Alishan and Zeb. Alishan hitting a four of his second ball; a trademark which he seems to be doing in most games, yet he picked out backward point to depart shortly after. This brought Mo Malik to the crease to join Zeb to settle the away sides nerves. However M. Hampson struck again removing Malik, score now reading 8-2. Shabaz looked to put the pressure back on Cheadle; dancing down the wicket and hitting J. Clift for a one bounce four. One shot too many had him stumped the over later, Mersey now 17-3.

Zeb had enough of loosing partners and took the charge, hammered the skipper S. Povey for 17 in his first over, finding the rope four times and taking him out of the attack. Calmness of Faisal played a key role in rebuilding the innings, before Zeb was run out by some clever footwork by M. Samuels.

Mersey now 51-5, needing just over a run a ball to see out the victory. Both Faisal and Luke carried on rotating the strike before Faisal was caught behind for 29. At 93-6 needing 17 runs of 15 balls to see out the win. Bassi joined Luke at the crease and ran some curious but fantastic runs between the wicket. 12 runs of 12 balls and game in balance, skilful opening bowler M. Hampson back into the attack, the game was tense, one wicket or one boundary changes everything.

It was ice cool Luke Lewis who rose to the occasion hitting a massive 6 in the penultimate over, swinging the favour back into Mersey’s way. Luke and Bassi then brought the game home, with 5 balls to spare.

In the end a great chase from Mersey beating a talented premier league team on a tough wicket!

Top scorer Luke Lewis, 32* takes the man of the match award for stepping up in a tense situation and also having a great game behind the stumps.

Mersey 2nd XI now face Stockport Georgians in the next round of the T20 cup! 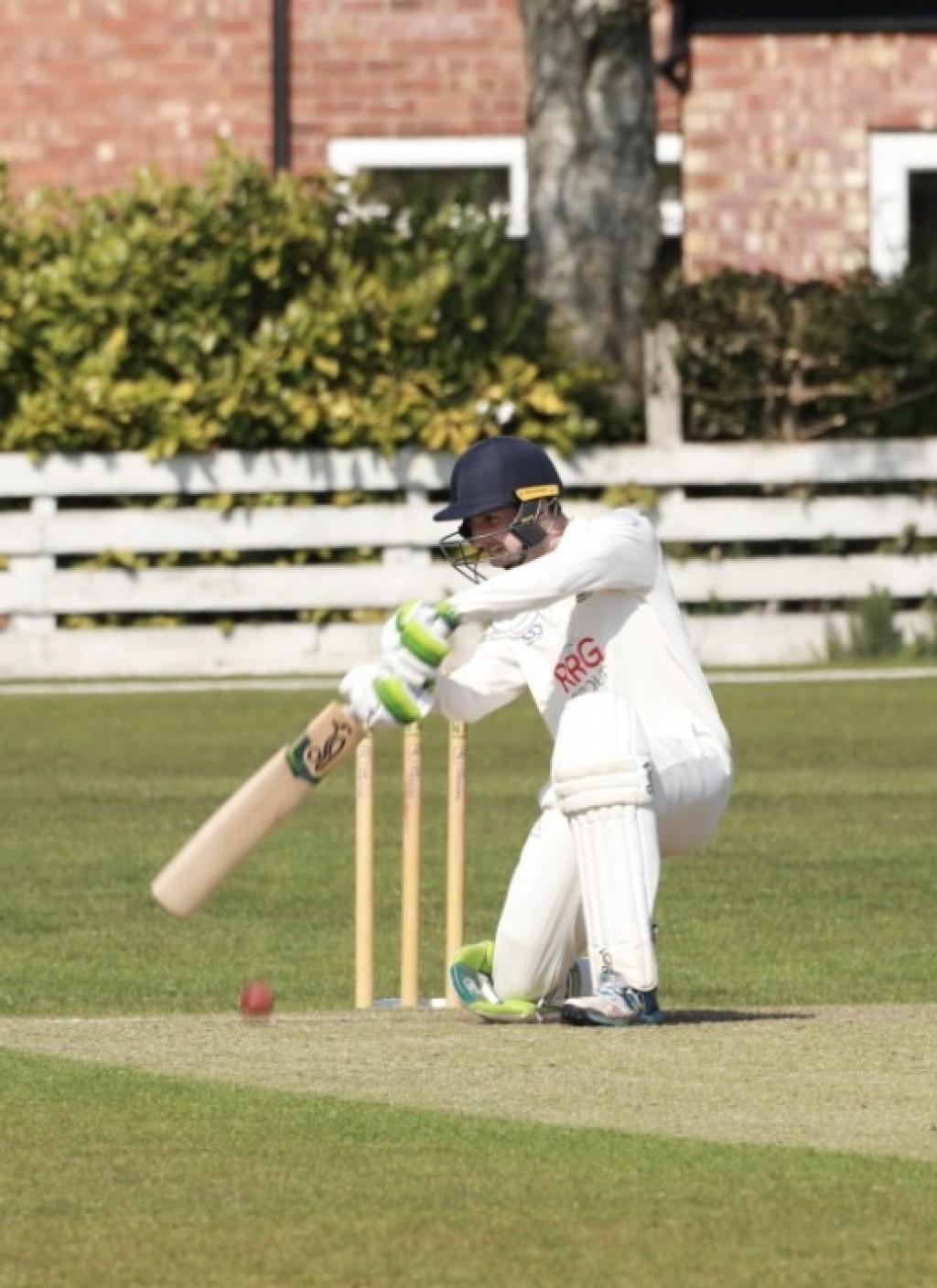