Mersey 2nds let the game slip away after injury to Skipper

2nds travelled to Grappenhall after a numbers of years for their first game of the 2021 season. Asked to bat after loosing the toss on a good track that had assistance for bowlers but gave full value for stroke play. Disciplined bowling from Grappenhall bowlers had Mersey in trouble at 23-4 after 16 overs. Top three batsmen did all the hard work but gave their wickets away with wrong shot selection.

Partnership between Faisal and Skipper Bassi of 47 runs lead to some recovery before Luke, Hux and Amar lead the team to competitive total of 165/8 with excellent stroke play. At the half way stage Grappenhall were the happier of the two sides but Mersey were quietly confident in their potent bowling attack.

Grappenhall batting reply started with some exquisite stroke play but Mersey bowlers soon found their rhythm and dismissed the top order with some aggressive bowling lead by Humza and Amar had the opposition 20-4 within 10 overs. This brought in Ben Clissold at number 6 who only had one intention, which was to dispatch the bowlers to all parts of the ground. Ben rode his luck and was given a reprieve very early. Ben continued his aggressive approach hitting the ball extremely hard, one of these hits lead to freak accident at longon hitting the Mersey skipper in the eye.

Game had to be stopped for a little while as Bassi was covered in blood, lucky to still have the left eye. He was taken to Warrington hospital A&E and spent 4-5 hours there. Visibly the team was shaken loosing their skipper in such a dramatic fashion, leading to lost focus and concentration. Thank you to Grappenhall for providing a substitute fielder.

Ben Clissold and his partner knew they had a job to finish therefore continued their aggressive approach and making short work of the chase. Mersey created many chances however they grassed all these. Total of 9 catches were dropped giving Ben at least five chances on his way to a well deserved match winning 103*.

Although the score tells a story of one sided affair but this game was far from it. There were many positives to be taken away from the game. The team will regroup and work on their mistakes and go again this weekend against Brooklands CC and look for their first win. 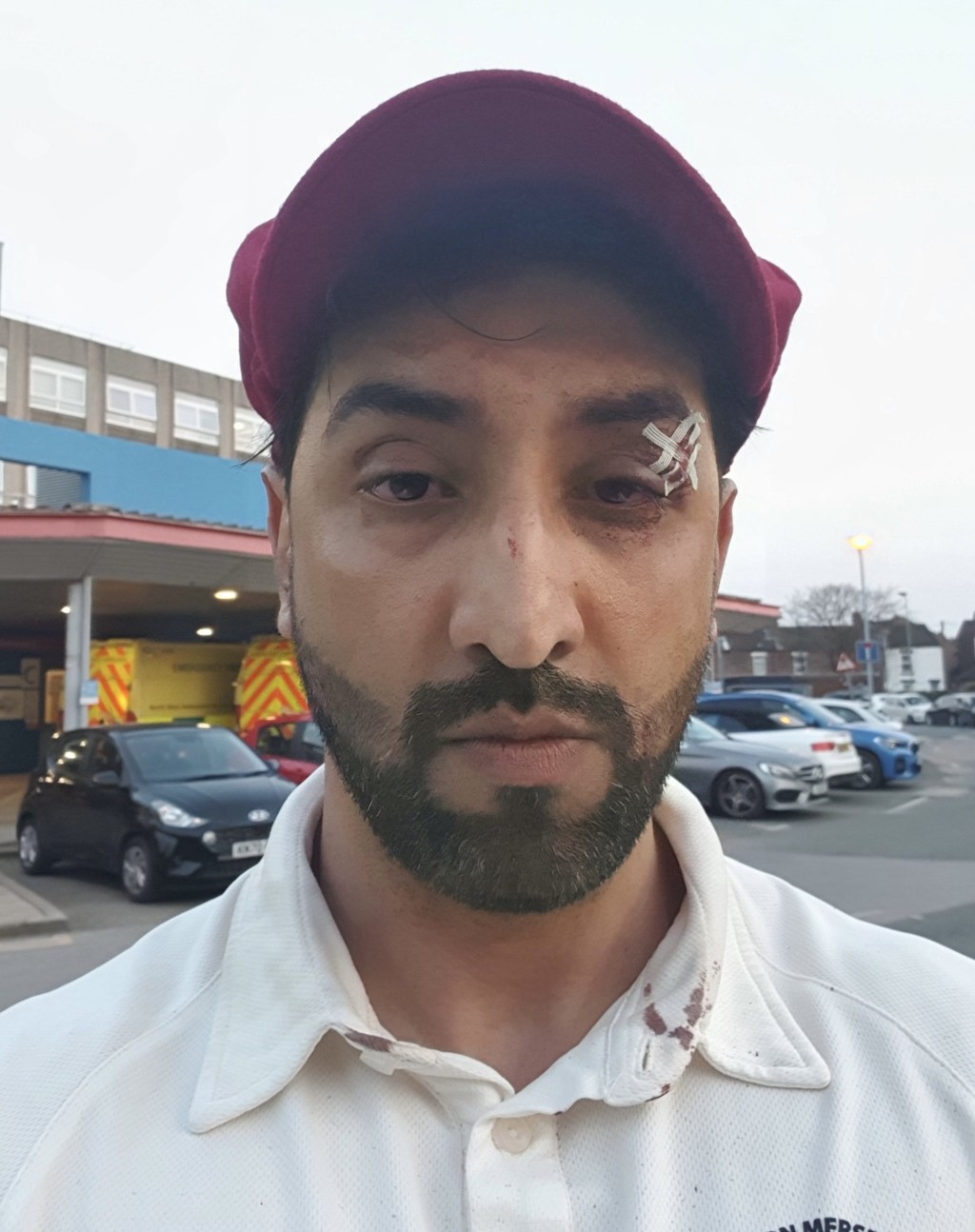